DAY OF THE DEAD

I've been making some "Dia de los Muertos" (Day of the Dead) dolls. 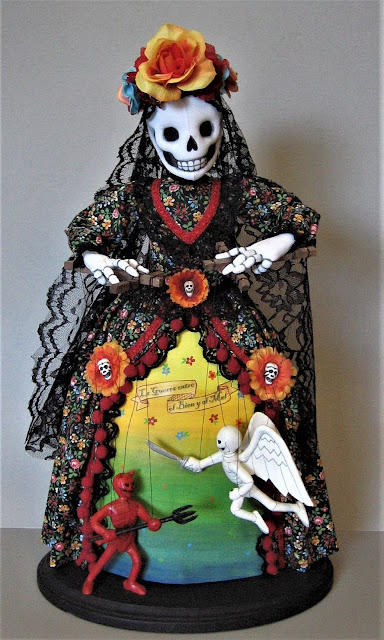 This is a piece I call "Teatro de los Muertos" (Theater of the Dead): 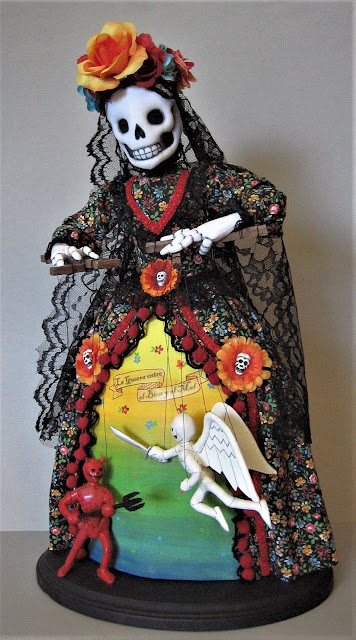 It's a re-make of a doll I made many years ago. This was a commission piece a client requested. 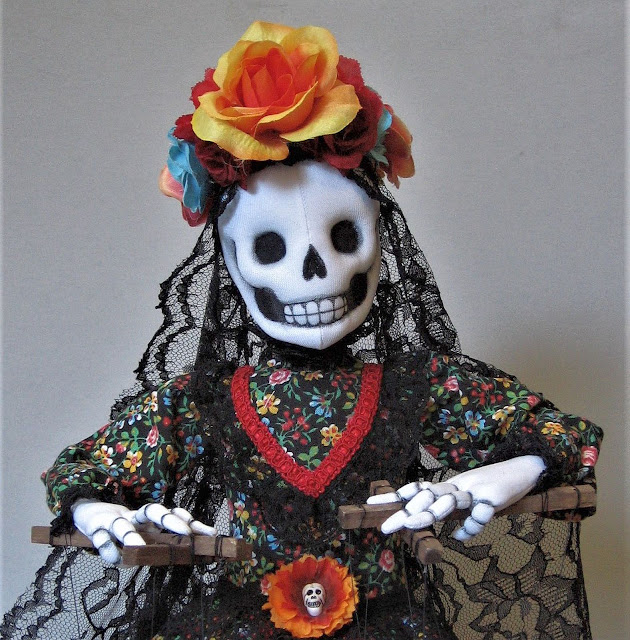 This piece is all cloth, except for the skeleton figures, which are sculpted from paper clay. The sign on her dress reads, "La Guerra entre el Bien y el Mal" ("The War between Good and Evil"), which is the name of the puppet play she is presenting.

The clay skeleton puppets are attached to the base and to the skirt (by a rod) -- the strings are just decorative. 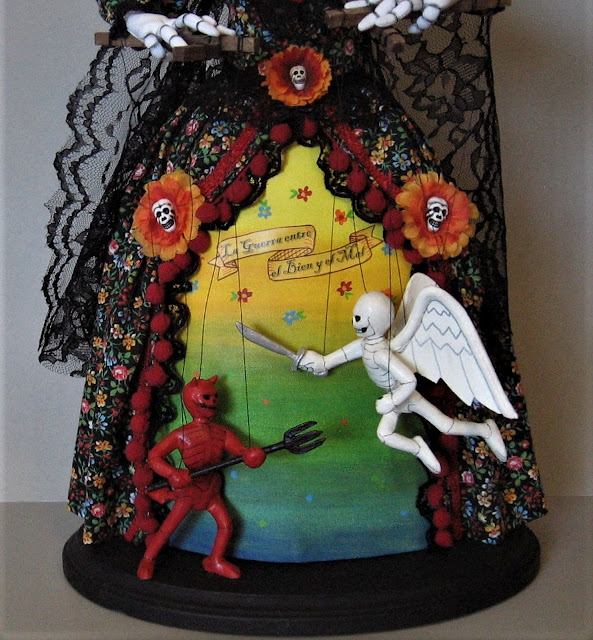 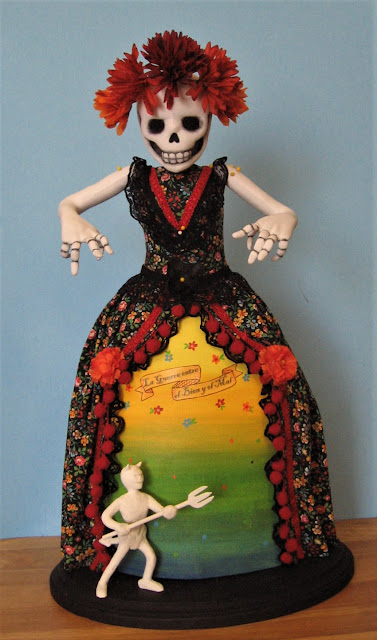 I like making these busts -they are so colorful! 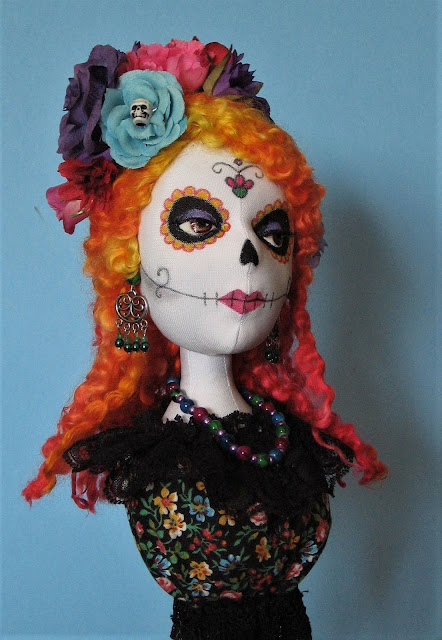 As you can see, I liked the floral cloth I used for the dress of the "Theater" piece so much that I used it again for these busts. 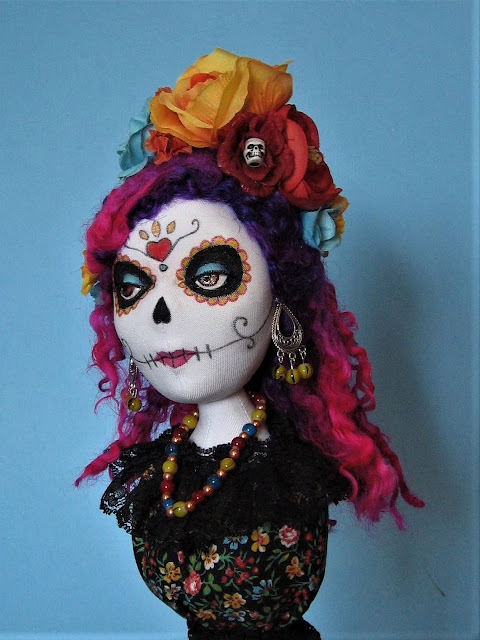 Dia de los Muertos is celebrated November 1 & 2. It's a holiday that started in Mexico, but now is celebrated in Central & South America, and some parts of the U.S. It's a 2-day festival celebrating loved ones who have passed on. Privately, people make "offrendas" (a shrine of offerings) to their family members who have died. Publicly, people gather in cemeteries, parks and march in parades to celebrate.

Because it's comes the day after Halloween, many Americans confuse the holiday, thinking it's a Mexican version of Halloween, and (because of all the skeletons) supposed to be scary.

Dia de los Muertos is not scary or spooky. Instead of mourning the loss of loved ones, it's a time celebrate their lives.