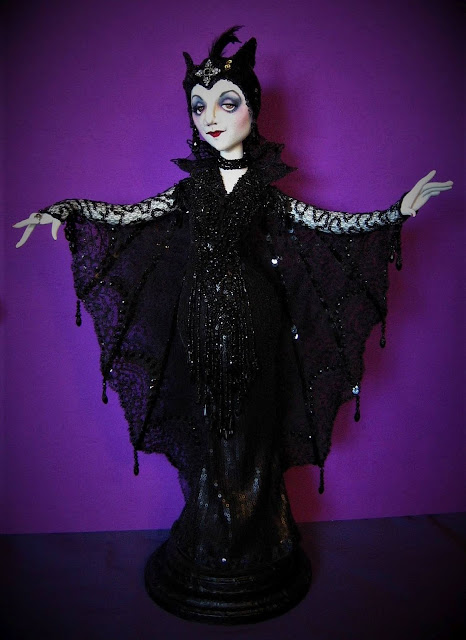 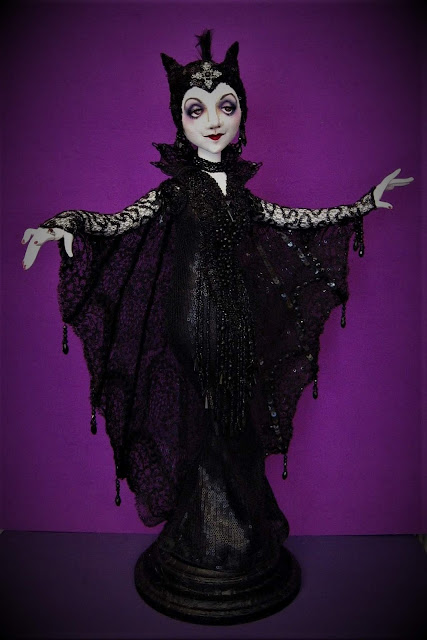 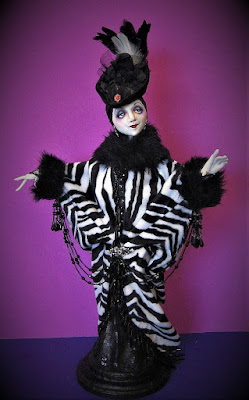 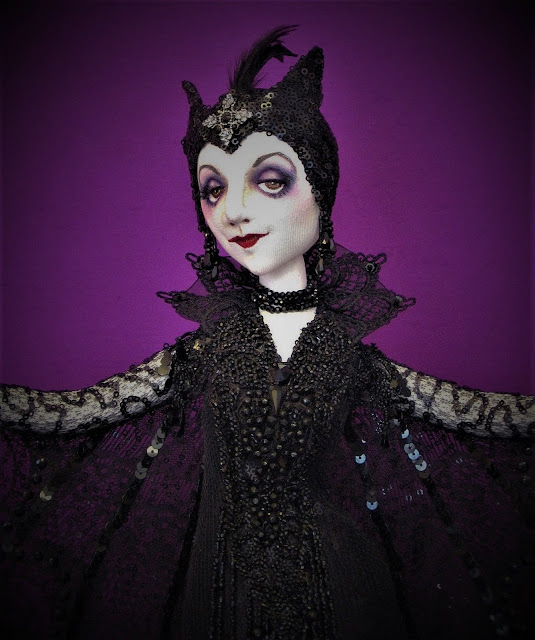 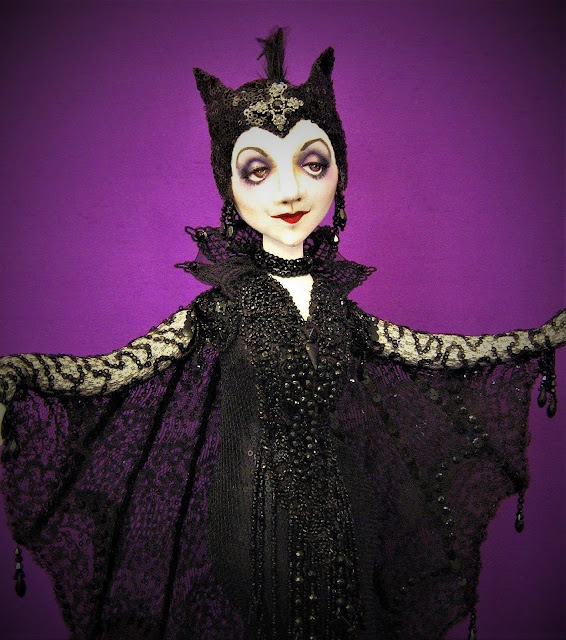 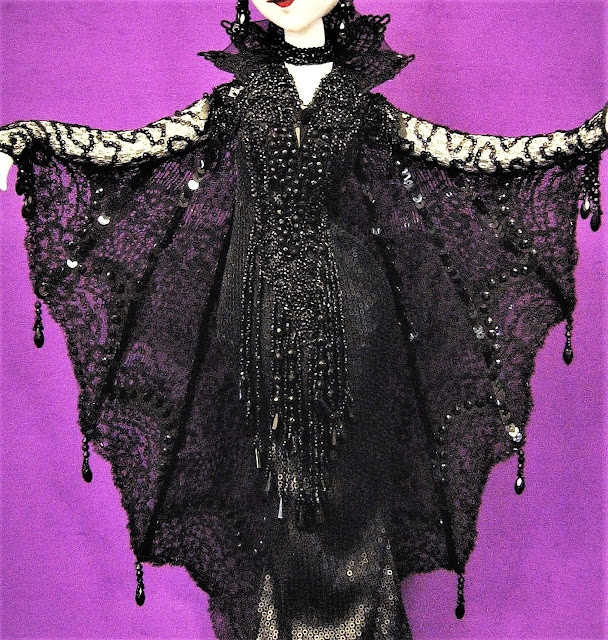 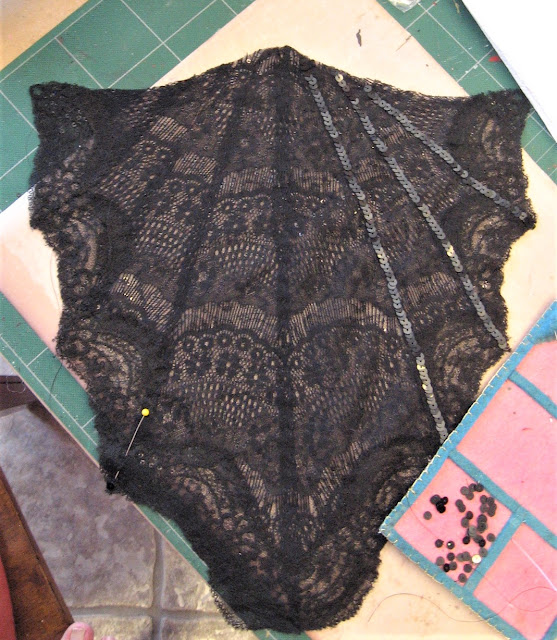 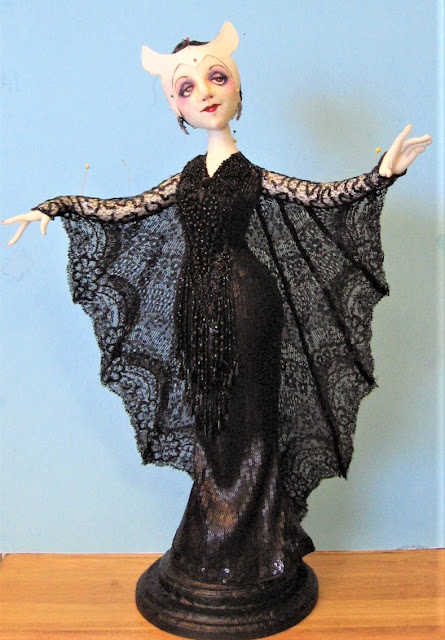 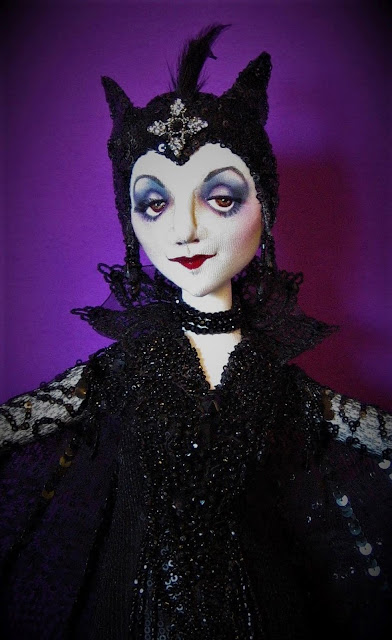 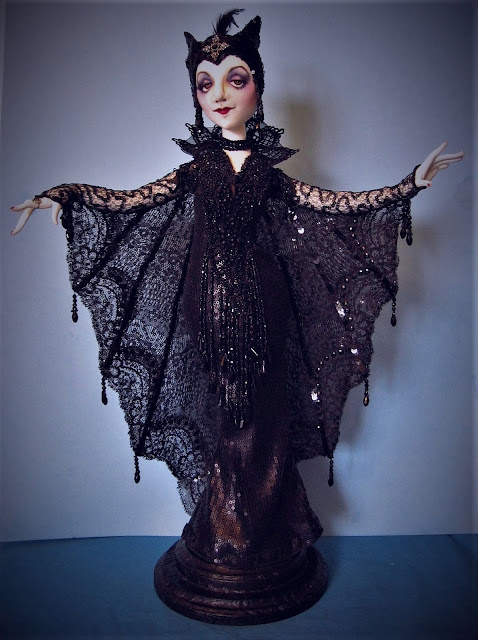 Hi All,
I hope you are all well and safe.

This is the ghost of Marie Antionette after she lost her head in the Revolution.
I call her simply, "Marie's Ghost". 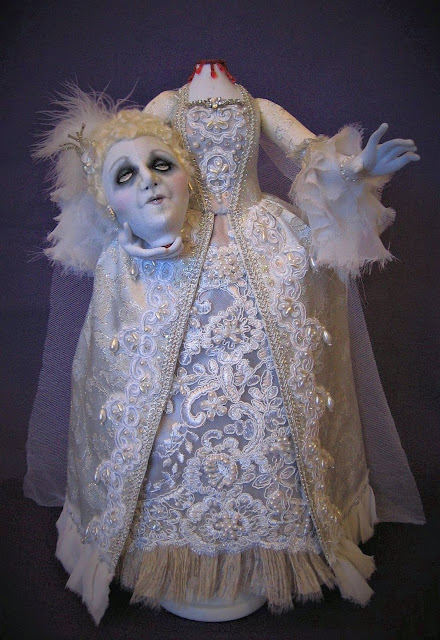 This is a new Halloween doll for Roger's Garden for their Halloween show in Sept.

She's an all cloth doll, about 17 inches tall (she would be 22 inches if her head were on her shoulders!) 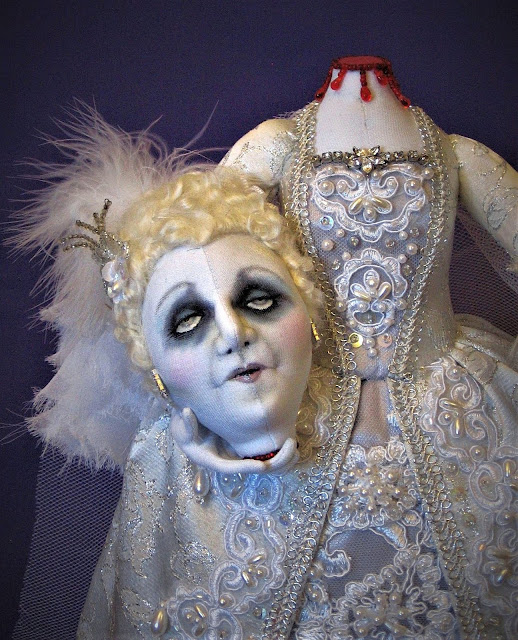 Instead of painting blood dripping from her neck, I chose to add beaded dangles ending with a teardrop glass bead. (There's also a ring of red beads at the bottom of her head, but you don't really see that.)

The dress is made of silver & white brocade, trimmed in lace and pearls. The underskirt is gray satin under embroidered lace with pearls.

Have Fun, and wash your hands! -AB