She is an 18 inch tall cloth "stump" doll with a bustle dress. PENNY DREADFUL is perfect for a "gothic", "vampire", or "steampunk" look. Or, she can be a pretty Victorian lady out for a stroll in the park. -- It's all up to you and your fabric choices.

The doll body is simple to make. With no legs, the body is all-in-one (with added head and arms). She wears a "bum pad" to help hold up her bustle. 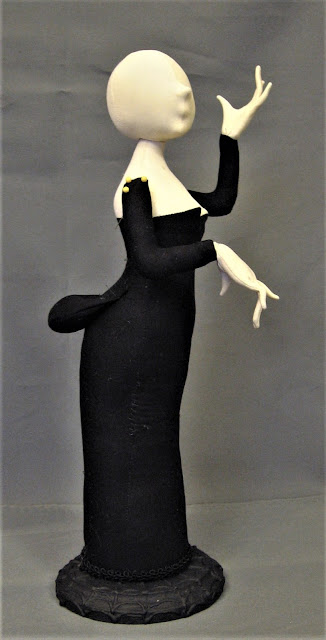 Her hair is made of a yarn fringe you make. The dress is designed in many layers, so you can eliminate some elements, or do them all.

Here she is in a "gothic" look:

Pale skin and dark eye make-up. A black velvet and red satin print dress with lots of lace. A saucy top hat completes her look, giving her an air of sophistication. 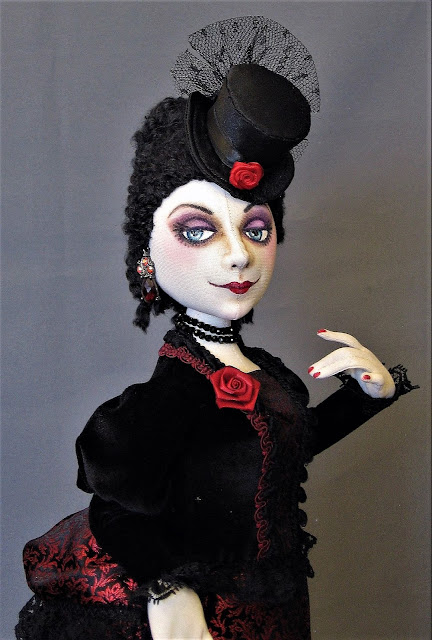 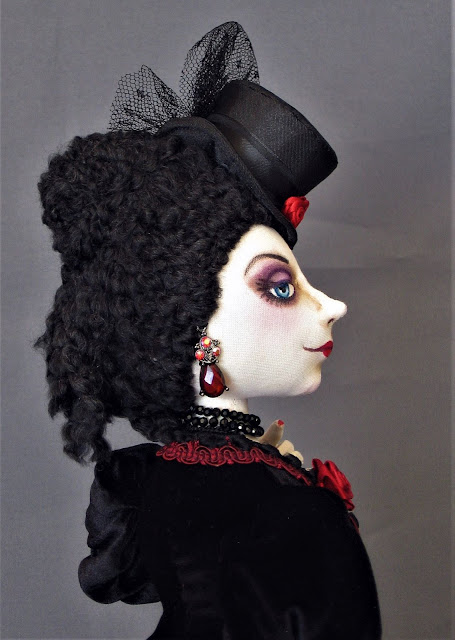 Or, if you prefer, a "steampunk" version, all in browns and rust. 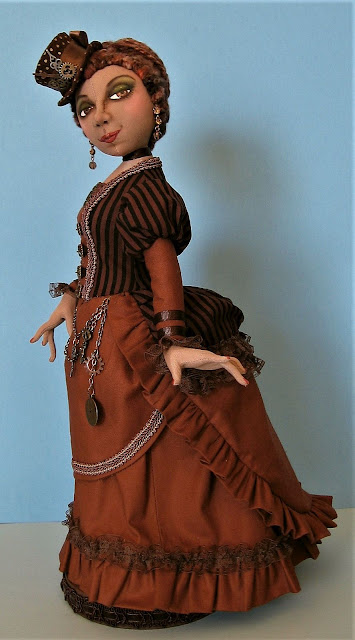 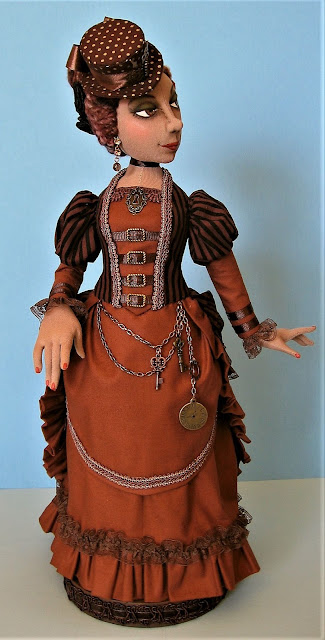 Her hat has gears and watch hands on it. 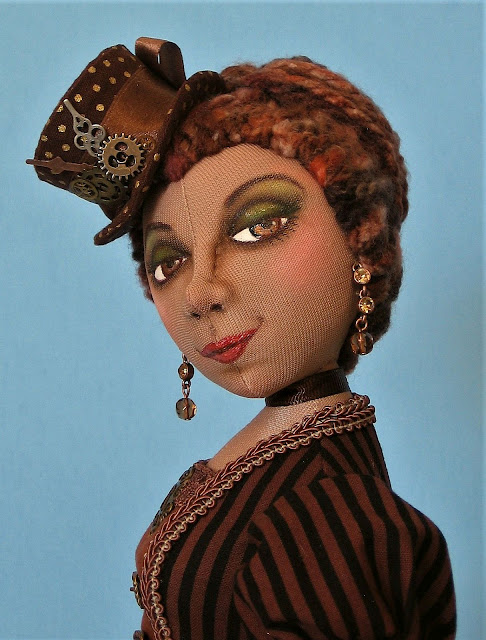 A key hole and tiny buckles decorate her bodice. And, keys, chains, gears, and a watch hang from her waist. 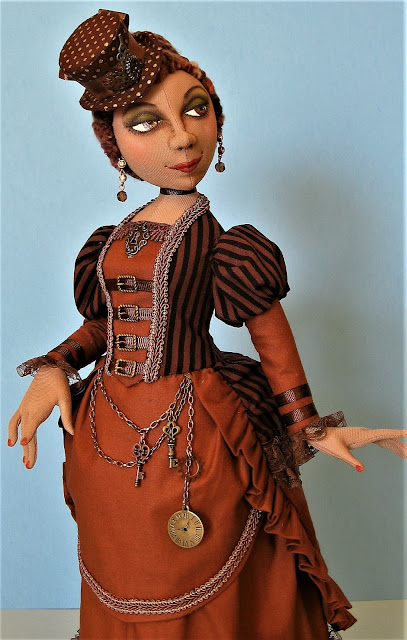 I go the idea for this doll after watching the Netflix show of the same name "Penny Dreadful" (which was originally on Showtime). It's about a group of Victorian characters who become involved with Dr. Frankenstein, Dracula, Dorian Gray, and other witches and demons. This doll is inspired by the lead character, Vanessa Ives (played by Eva Green). 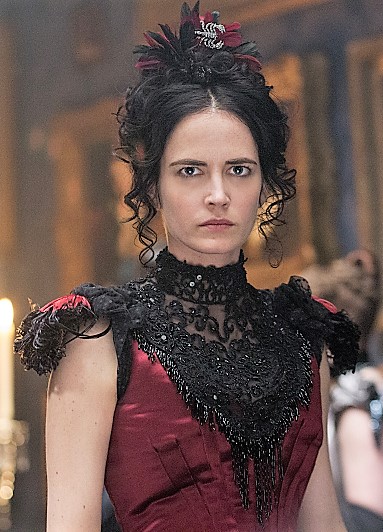 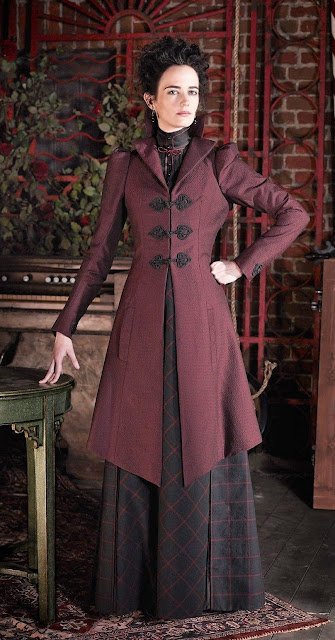 The name, Penny Dreadful, is not the name of a character, but was the name of a popular magazine in England during the Victorian era (late 1800's) that cost only a penny. There were several publications besides "Penny Dreadful"-- with names like "Penny Horrible" and "Penny Blood", but eventually, they were all given the generic name of Penny Dreadful. These cheap magazines were sold in weekly installments and published crime dramas (both real and fiction), and "sensational" horror stories involving witches, monsters, and demons -- which became a writing style known as "Gothic Horror" (defined as a combination of horror, tragic death, and romance).


To purchase my new pattern, go to my ETSY site:
www.etsy.com/shop/ArleyDollDesign