Hi All,
I've been working on a new pattern, titled "Follies Showgirl". It will be a vintage showgirl from the first half of the 20th century (1920-1940). I've been making samples to get the pattern right. Here's one I finished: 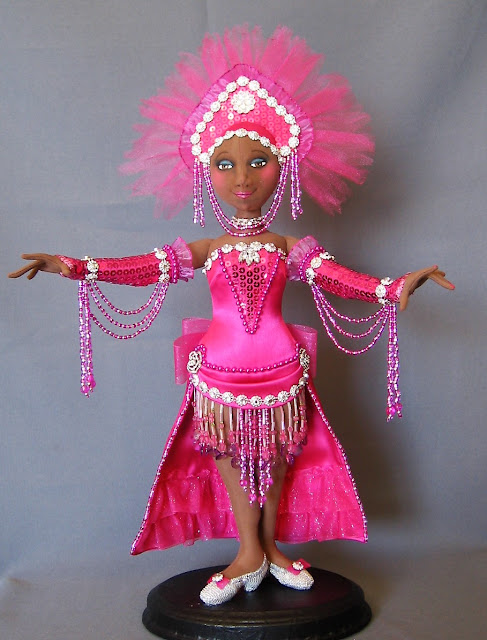 This sample is for sale on my Etsy site (here).

I'm having fun designing her. There is a trick to designing a doll pattern verses a one-of-a-kind art doll. With a pattern, you have to simplify it a bit. And, when I'm dressing her, I can't use vintage jewelry or hard-to-find items. Everything I use has to be easily found. 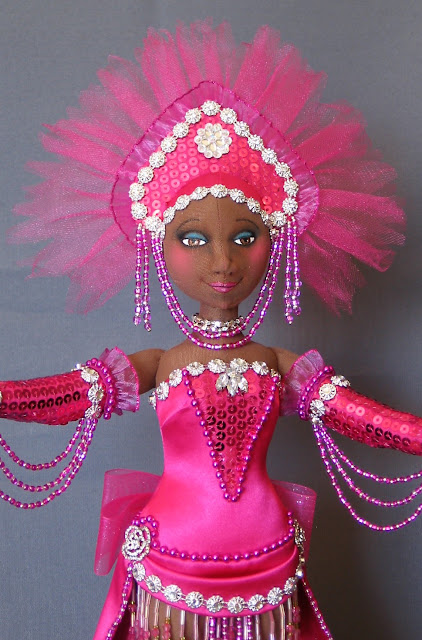 I'm doing two versions of this Showgirl-- one with feathers, and one without. I realize that feathers may not be easily obtained in all areas of the country/world, and that there are people who are unfamiliar with working with feathers. 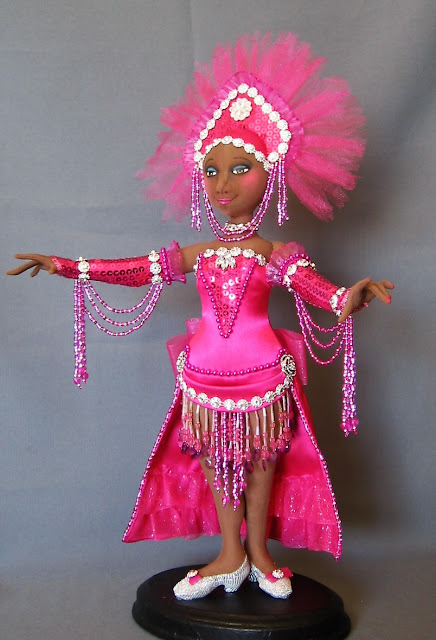 So, this one is made with bridal tulle & ribbon ruffles. 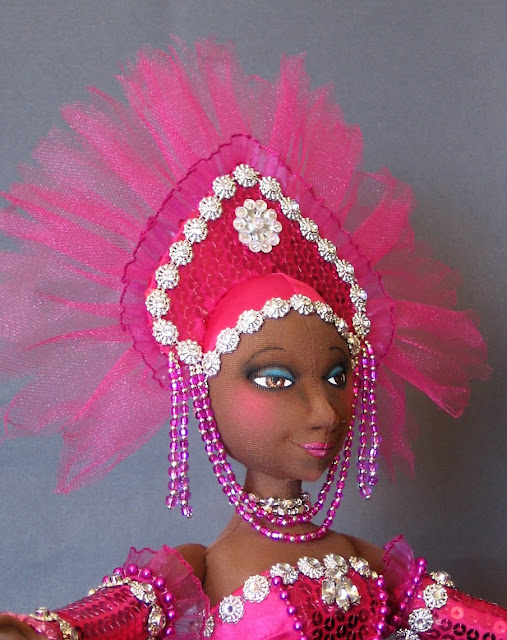 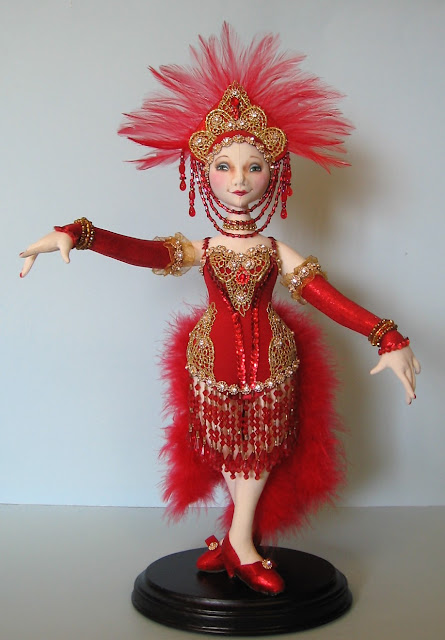 I did a lot of tweaking to this first sample, and ended up making a few changes. 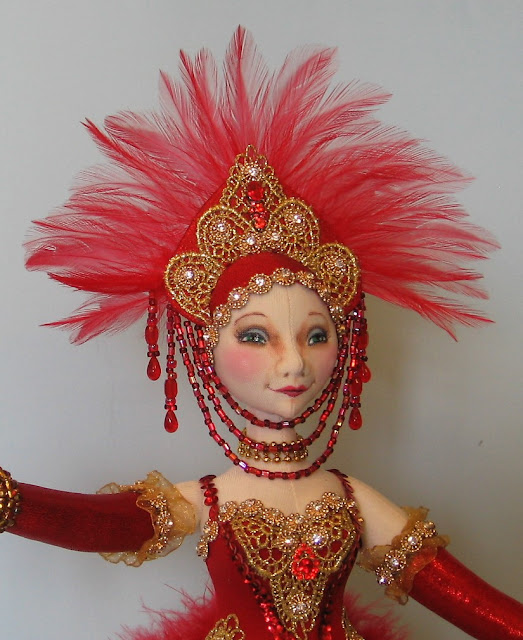 I would like to make one more sample before releasing the pattern. I'm thinking the next sample should have a black & gold costume -- or, white & silver? The new pattern should be out in a few months! 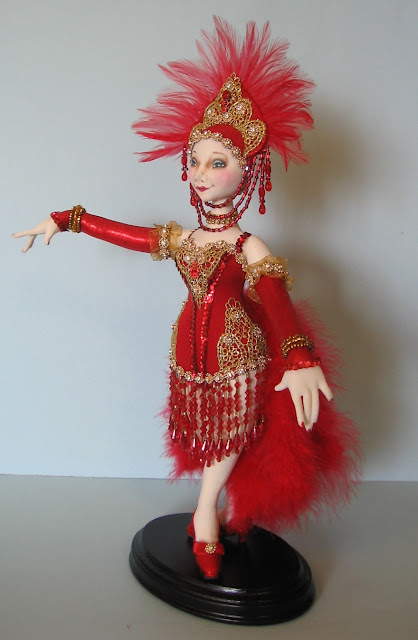 Hi All,
No, it's not a new rock group. It's what I call my new "Day of the Dead" sugar skull busts. I made two of them at the same time, so they share some of the same fabrics & materials. 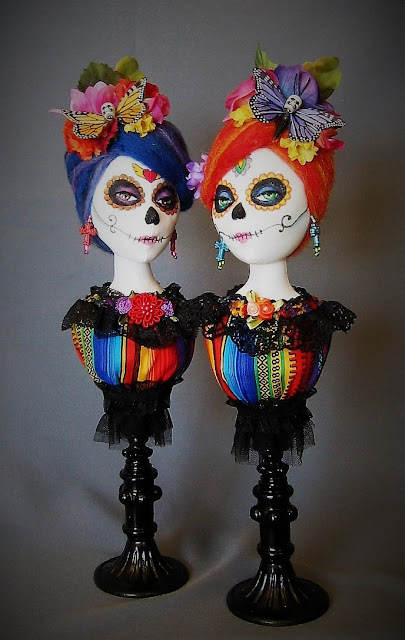 I've been making "Day of the Dead" dolls for quite a few years now, but recently a friend asked why I wasn't making the faces like the painted sugar skulls -- the way most people make up their faces when celebrating "Dias de los Muertos". 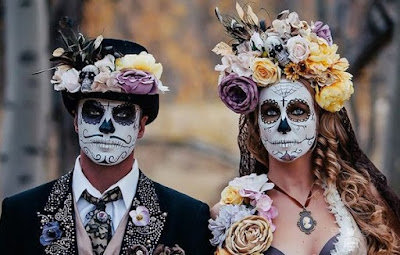 Up to that point, I had been making "dead dolls" to look like a "Catrina" or a basic skull. 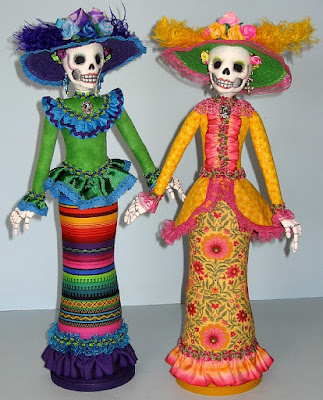 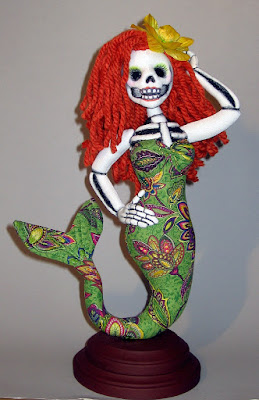 For a long time, the sugar skulls were a separate thing from the "Catrina's" dolls that people made. But more recently, I've noticed that the sugar skull (calaveras de azucar) image has become more popular in representing the festival of the dead. 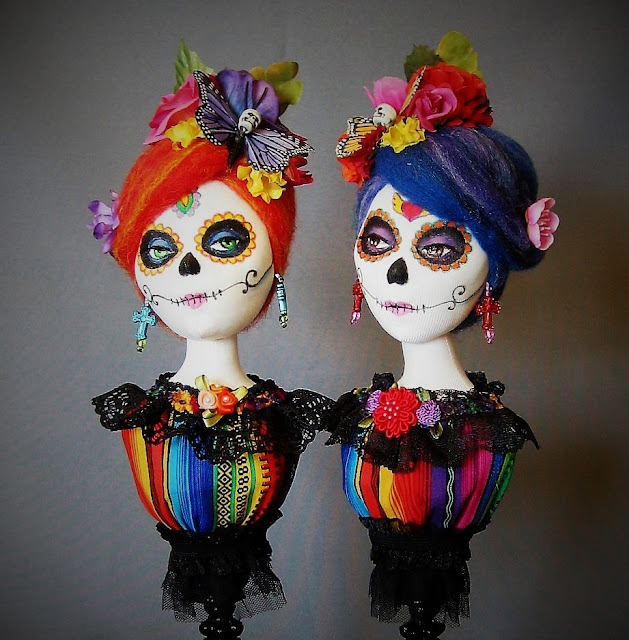 Here's a little background on "sugar skulls": Historically, people made skulls of sugar by pressing sugar and starch into a mold and decorated them with cake icing, foil, & beads. These decorated skulls are displayed on tombstones or use as offerings on alters (offrendas). These offerings celebrate the lives of loved ones who have passed on. Decorating the skulls made them look more festive and less scary. 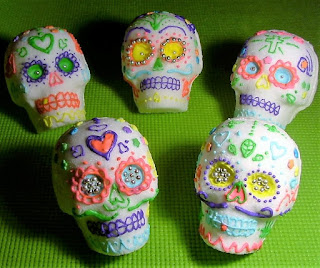 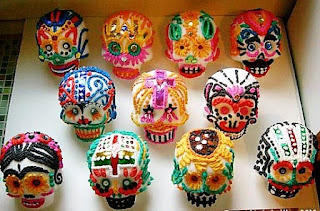 People would also paint skulls made of paper-mache or ceramic: 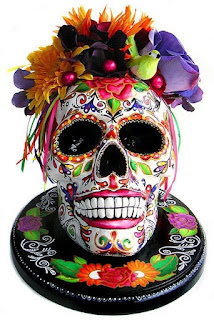 Very quickly, the sugar skull became a graphic image in print, on fabric, embroidered, and even tattoos: 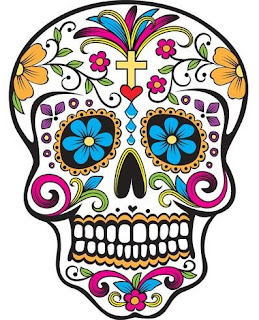 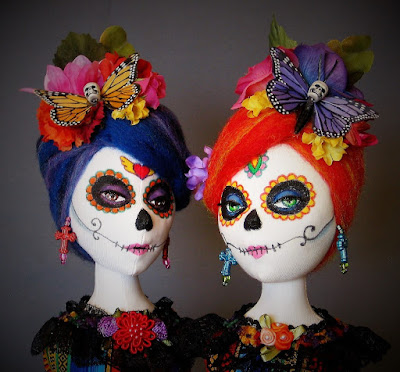