Hi All,
Well, now that I'm "between jobs" again, I have time to focus on some Witch Crafts and Dolls.

Here's a Witch Boot Planter I made for my friend, (who's a big Halloween nut, like me -- we trade Halloween presents instead of Christmas.) 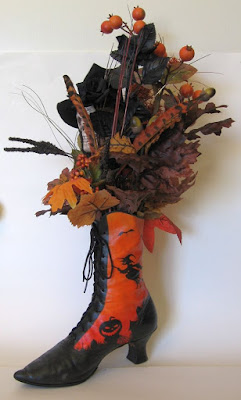 I found this old pair of boots years ago in a thrift store, and was waiting until I could figure out what to do with it. (I still have the other one -- I'll probably work it into a witch doll idea...) 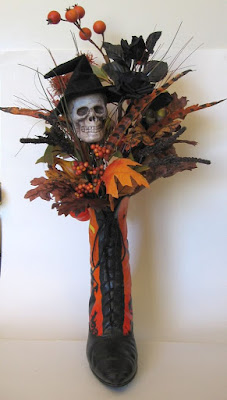 Anyway, I found the perfect inspiration when I saw a photo of a witch shoe/vase on Pinterest (don't you just love Pinterest!!) I was all set to go with my fall foliage, when I saw another picture on Pinterest of a painted witch shoe. So, I just put the 2 ideas together.

Here's some close-ups of the painted boot: 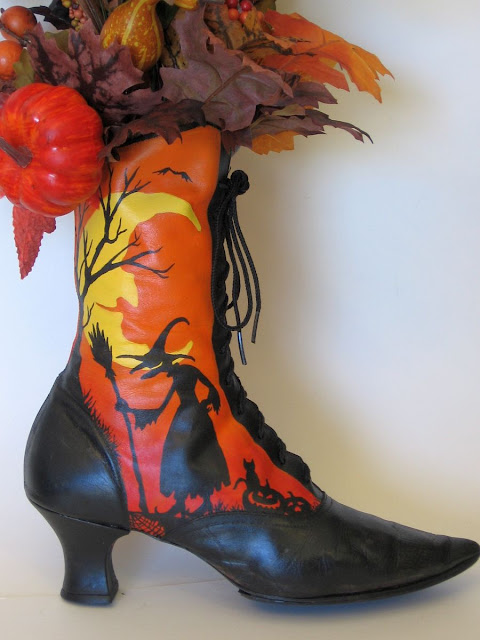 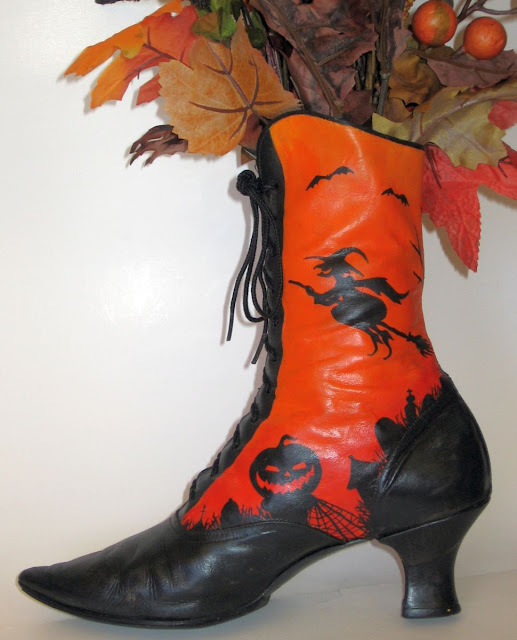 It's painted with regular acrylics, then sealed with gel medium. I had to first put a layer of white gesso before painting it orange. Even so, I still had to paint several layers of orange acrylic to cover the black leather.

I also made a new pumpkin for this year (I like to make a few pumpkins each year for my yard.) 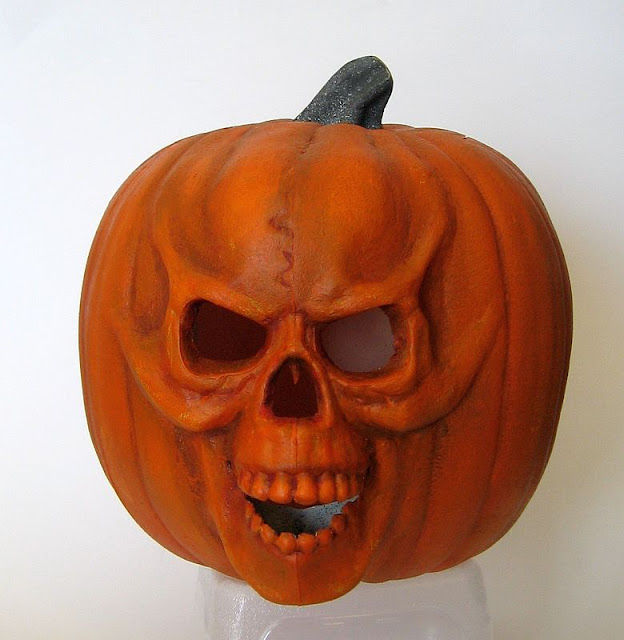 I followed the link to the Halloween Forum, where this guy showed some photos of how he did it. 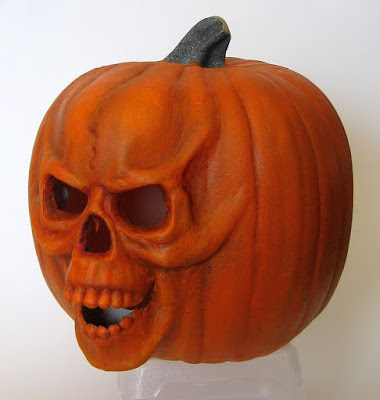 It was pretty simple. I got a plastic skull, and cut the face off. (It has to be hollow, so a styrofoam skull won't work). I cut a hole in the pumpkin about the size of the skull face, and glued it in. I filled in the gaps with little balls of aluminum foil. Then, I added paper-clay all around the edges to smooth it out & blend it into the pumpkin face.

Here's a shot of the inside, where you can see how I put the skull in the pumpkin:
(Sorry, I didn't take any work-in-progress photos.) 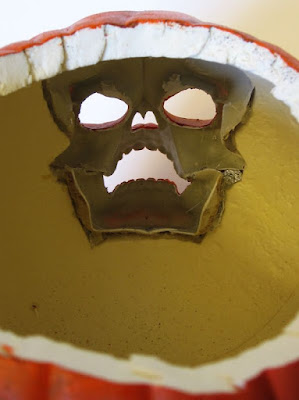 I added more paper-clay around the eyes, the brows, and cheeks to make it more "demonic".

Here's a shot with a light inside: 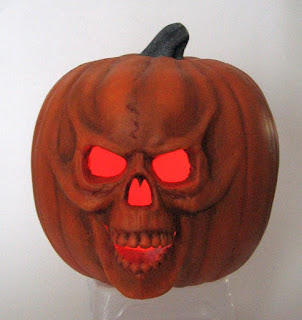