Hi All,
I made another "hag" in my series. This one is a "Voodoo Queen" hag. 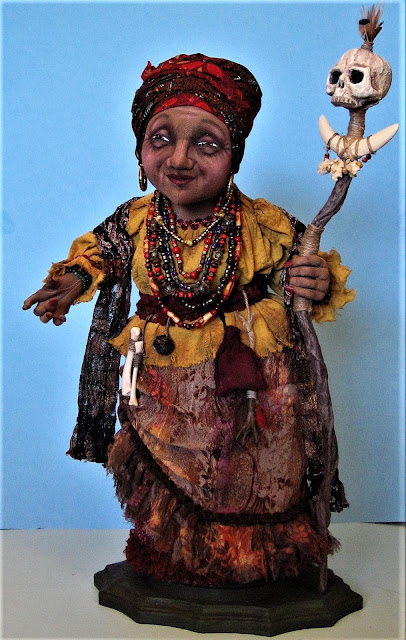 I'm still tweaking this pattern, trying to find the right proportions. I almost have it figured out. 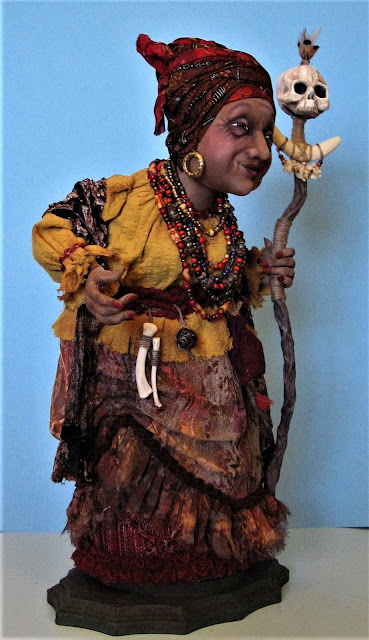 I did research on voodoo and the people who practice it. There are a lot of "symbols" used in this practice: potions, bones, candles, skulls, rooster/bird claws, feathers, pentagrams, and voodoo dolls. I tried to put in as many of these "props of the practice" as I could, but it began to overpower the doll, so I took most of them off. 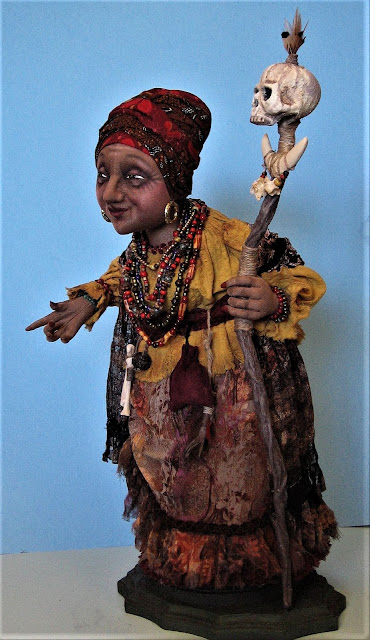 I base this character in the Caribbean area,  (Jamaica/Cuba), as they tend to have the most colorful costumes. And, I put her in an earlier period.

Also, I didn't want her mean and ugly. Just old, (and a little sweet). 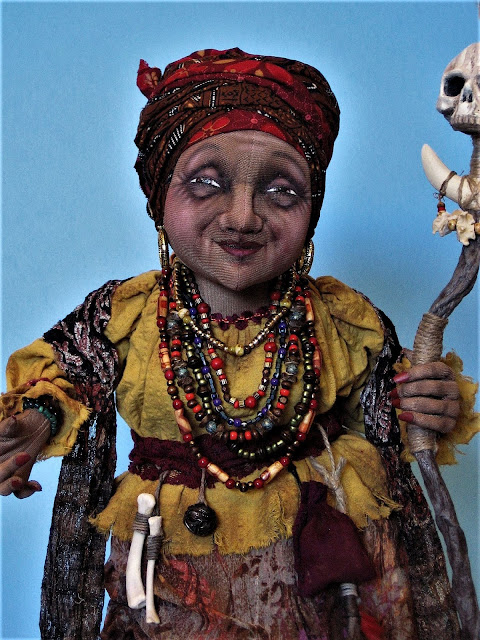 I don't make many brown skin dolls, but I love coloring the face on the darker fabric, as I can do much more highlights. I didn't want to add too much extra color in her face, so I kept it in natural colors. I did put a little purple/lilac eyeshadow on her, but it doesn't really show much. 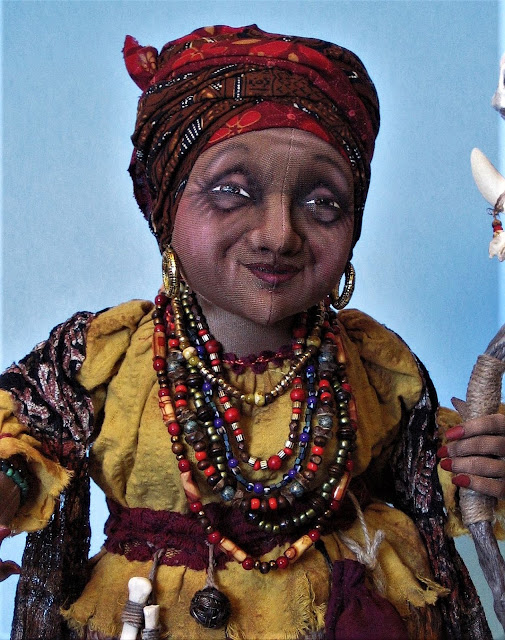 She is holding a staff I made from wire, crumpled paper, twine, and masking tape. The cross-piece is  cardboard covered in some paperclay. The skull is a plastic Halloween party favor I altered a little. I kept darkening the skull, as it was the brightest thing in the piece, and your eye went right to the skull first (not what I wanted). I still might darken it a bit more.... 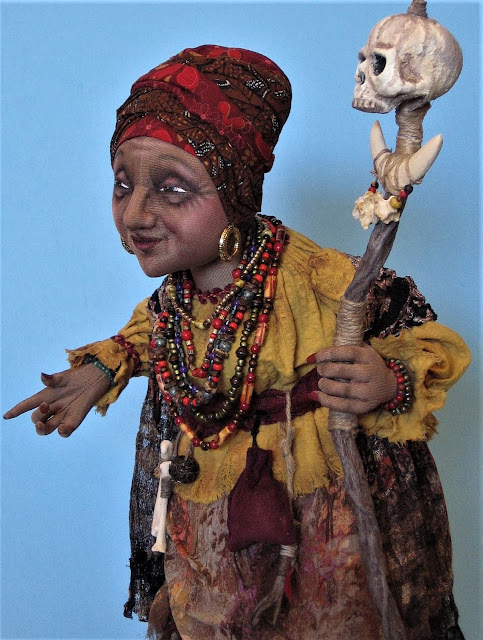 I used mostly cotton for her costume, and had to dye down most of the fabric, as everything I had was much too bright.

She will go to Roger's Garden for their annual Halloween event in Sept.

Stay safe, and wash your hands! -A

The detail in face and costuming is awesome.