Hi All,
I've been busy with lots of projects -- none of which are done right now! But, I did finish a project that I started about 5 years ago. 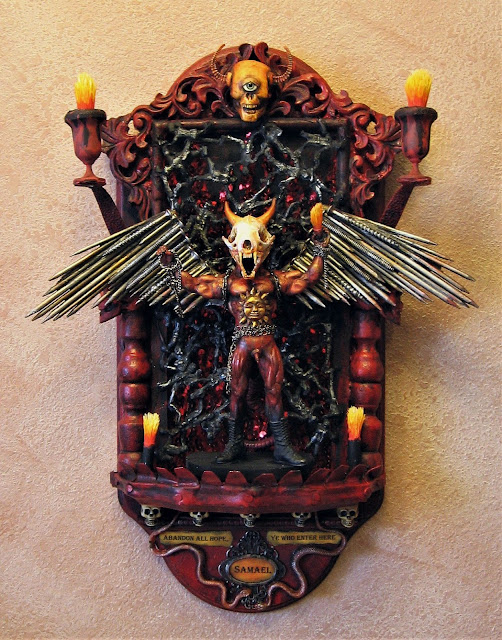 This is my "Lucifer Shrine" I started when I signed up for a Michael de Meng (a great assemblage artist!) class long ago. The class was called "Angels", and we were to assemble a shrine or altar after choosing an angel to do. I did a lot of research before the class and spent a lot of time gathering as much "raw material" to make my piece in class. -- Well, my car broke down the day before the class, and I wasn't able to make it. But, I kept everything I'd gathered in a box. Every so often, I pull out that box and work a little bit on this piece -- adding more and more to the "Lucifer" story. 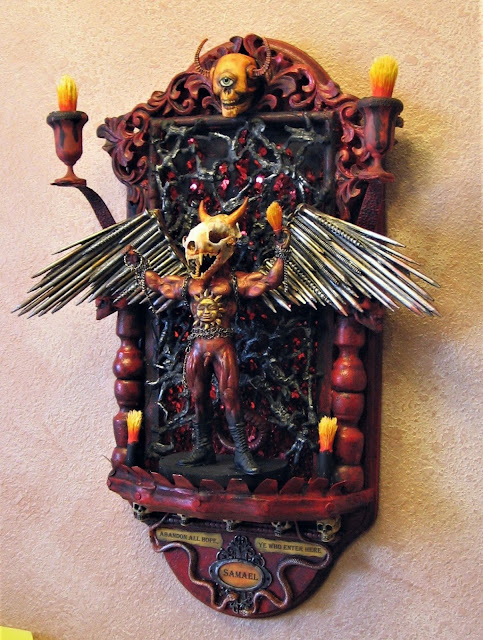 And, now it's finished!
This is Lucifer, guarding the gates of Hell. In researching Angels, I discovered that Lucifer was first an Angel in Heaven. In fact, he was a very powerful and strong Arch Angel. His angel name was "Samael" (I put his angel name at the bottom of the plaque). 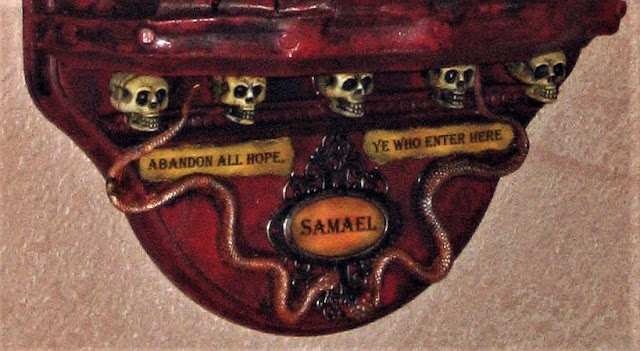 The figure of Lucifer is made from a WWF wrestling action figure, with a rodent skull for a head (I forget what animal the skull was -- maybe a squirrel or mole?) I sculpted the horns from 2-part Apoxie.

Lucifer was known to wear a breastplate of shiny gold metal. It was so bright, it was like a mirror. He could radiate light from within himself and blind his enemies with his breastplate. When he became the guardian of Hell, he lost his angel status and he lost his power to control light. But, he still wears his breastplate, which has become burnt and scorched over the years. 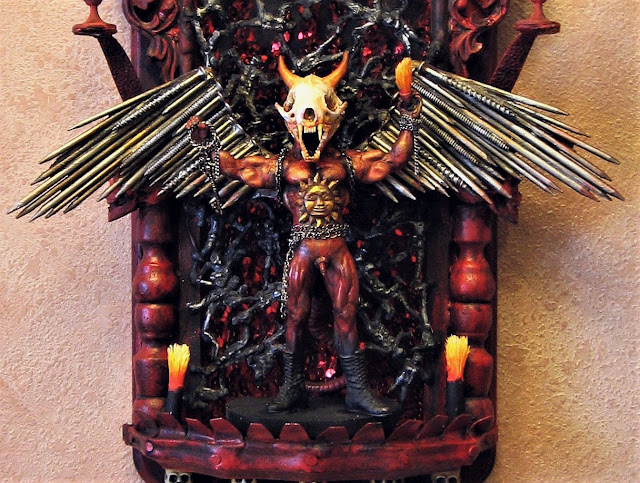 One power Lucifer still has, is the power to control fire. That is why he is holding a flame in his hand and is surrounded by flames.

In his other hand, Lucifer is holding the key to the gates of Hell. He is also wrapped in chains, from when he was captured by Arch Angel Michael when Samael went to war against God. Michael captured Samael and delivered him to hell (as the story goes, according to Bible philosophers.) 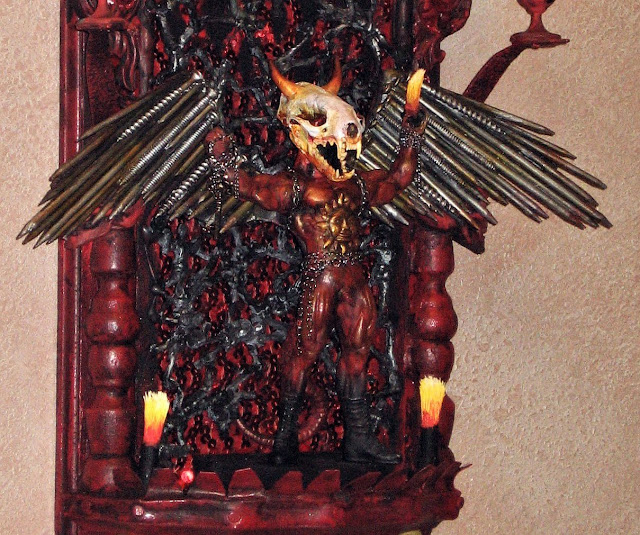 The flames are round paint brushes with the handles cut off.

I made the skull at the top from a plastic Halloween skull. I filled in the eye holes with Apoxie, and glued a glass doll eye in the center and sculpted a lid over that. The horns are the tails of some plastic sea horses I got at the Dollar Store. (LOVE the Dollar Store!) 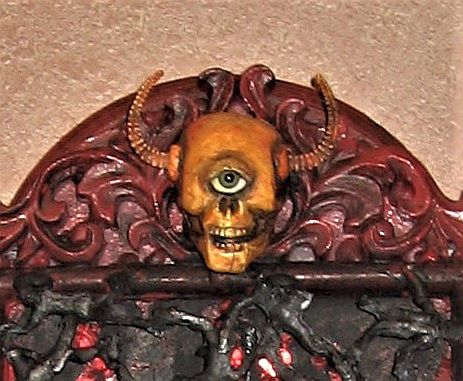 The urns holding flames are also from the Dollar Store -- they were little gold trophies that I cut the handles off of. Those things holding the urns of fire up are drawer handles from the hardware store. (I re-bent them.) 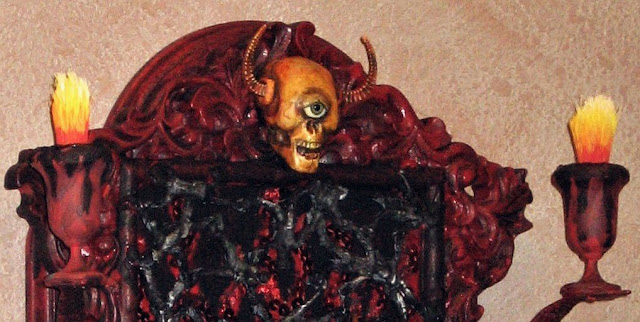 Lucifer's wings are made of a lot of little pieces of wood dowels, sharpened with a pencil sharpener and glued to a backing of cardboard I cut out in a basic wing shape. On top of the wooden dowels, I  added some nails and screws. I wanted his wings to look like weapons that could hurt you.

The actual gate Lucifer is standing in front of may look odd. That's because it's made of tiny little  people. They were those toy plastic army men (again - Dollar Store!). I cut off the base they were standing on and zapped them with a heat gun. Then, I just started hot-gluing them together until I had a gate. ---So, the Gates of Hell are made of the bodies of damned souls.

I hope you liked my little project. Every now and then I take a break from doll-making and do something else. It brushes off the cobwebs, right??